For Brandon Drontle, family comes first. As Create A Legacy In Stone’s financial controller for the past six years, he’s proud to work at a company that shares the same value.

“I have a wife and three kids that keep me busy, and we’re very close to our families,” Drontle said. “We have a very fun environment [at Create A Legacy In Stone] that is family-first. I come from the banking world where it is anything but that. Rigid hours, no flexibility, kind of an ‘everyone for themselves’ type of atmosphere.”

“Here, we have flexible work schedules, more time to spend with the family, and people understand when you have family commitments.”

Drontle and his wife were high school sweethearts, neighbors pushed together by his now-mother-in-law as last-minute prom dates.

“She’s very proud of that,” Drontle laughed. “Credit where credit is due.”

In their free time, the Drontles enjoy visiting with family and friends, traveling and engaging in hobbies, including Drontle’s rediscovered passion: Baseball card collecting.

Drontle’s love of baseball started early in life, born into a family of baseball players and passionate fans. Rather than rooting for his local (and less-than-stellar) Minnesota Twins, Drontle gravitated toward Ken Griffey Jr. and the Seattle Mariners. He got into collecting baseball cards, always on the hunt for more Griffey Jr.’s, but gradually grew out of the hobby 一 until he began working at Create A Legacy In Stone.

“One of my coworkers here, Jon Theis, is big into baseball and collecting vintage baseball cards. We started dorking out about it, and I got back into collecting a few years ago,” Drontle said.

Since that fateful conversation, Drontle has amassed a collection of thousands of cards, at least a thousand of which are Griffey Jr. cards. Prior to the pandemic limiting in-person events, Drontle would set up a table at local Fanzone vendor shows to sell and trade his cards. 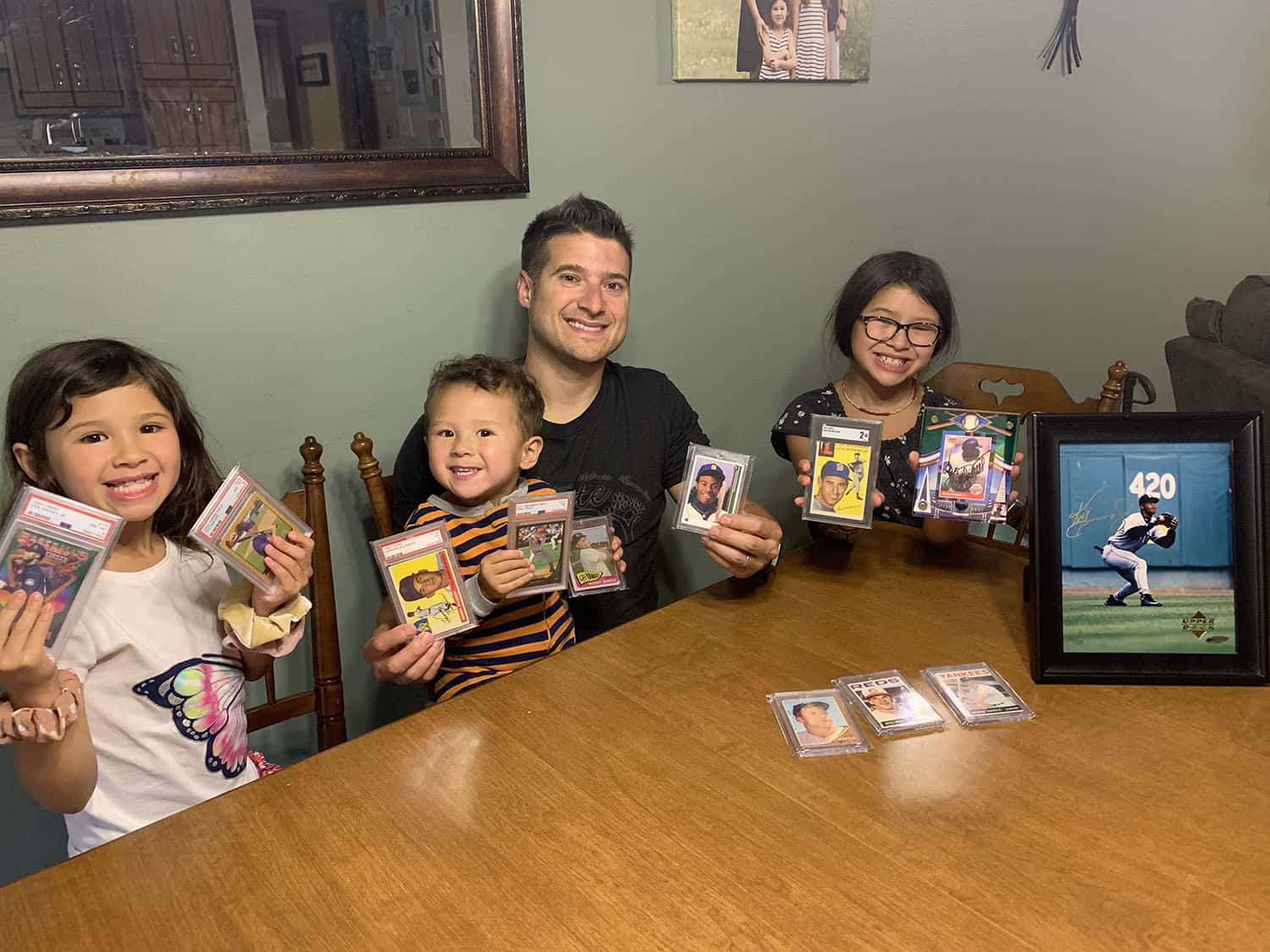 “The goal is to try to [sell enough cards] to take my kids to Disney World in a few years, when they’re all old enough,” Drontle said. “And I’m probably going to hold on to some of the collection and pass them on to my kids.”

Baseball cards will undoubtedly be part of Drontle’s legacy to his family, and he often reflects on the privilege it is to make memories with those he loves. His work at Create A Legacy In Stone “is a daily reminder not to take anything for granted,” he says.

“Even though I … don’t necessarily get to see all the families and hear all the stories, I’m still involved. You see not only adults. but also young adults and children that are taken way too soon,” Drontle said.

“It’s just a blessing to end up working here. We’re tasked with providing that story, that legacy 一 to tell that through means of a memorial. What more purpose could you find in a job or a company?”